More and more mainlanders are looking to diversify their wealth into foreign real estate assets after the recent stock market rout and government intervention, finds a survey.

East-West Property Advisors, a consultancy that helps Asians buy US properties, polled 170 mainland clients and partners through WeChat and found more than half of them are considering buying overseas properties.

“It’s basically an increase compared with what we have seen in the media and our conversations [with clients] before,” Sam Van Horebeek, the Hong Kong-based firm’s founder, told the South China Morning Post. 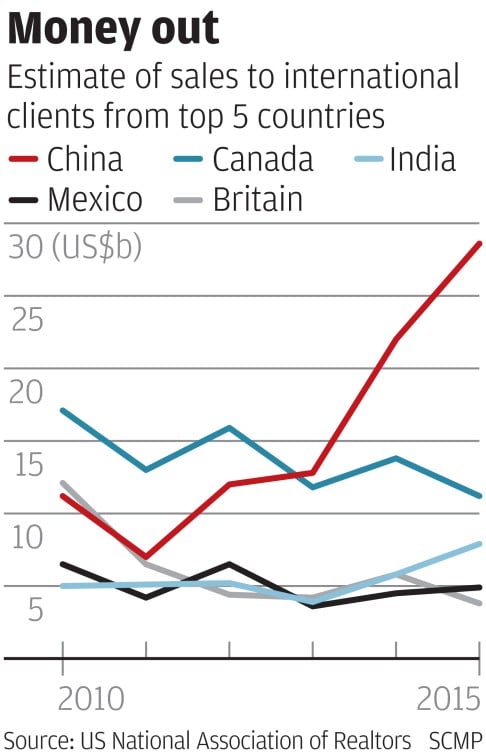 Apart from concerns about the slowing economy, feedback from respondents also showed they were worried about the stock market volatility and the government’s role, he said.

“[The government’s intervention] has created a lot of confusion and nervousness,” Horebeek said. “People don’t believe that the regulators are being transparent or allowing the markets move freely.”

The impact will be the opposite of what they wish for as investors’ mistrust grows, he added.

As such, mainland people are trying to diversify their assets outside the country, including in real estate and fixed-income, according to the survey.

Capital outflow into foreign real estate has soared in recent years. An annual survey by the National Association of Realtors showed Chinese were the biggest foreign buyers in the United States both in terms of the number and value of transactions in April 2014 through March 2015.

Chinese, including those from Hong Kong and Taiwan, bought US homes worth US$28.6 billion during the period, more than double that of Canadians, who came in second with US$11.2 billion.

Data from global consultancy CBRE showed the Chinese invested US$10.5 billion in foreign real estate market last year, up from US$1 billion in 2010. Chinese direct investment in Australian property exceeded those from the United States to become the second-largest after Singaporeans.

“Flows from China into global markets are expected to remain firm, with potential upside, as regulatory changes over the last three years have allowed a higher investment allocation into real estate for life insurers [rising from 10 per cent to 30 per cent] and offshore investment to a limit of 15 per cent across all assets classes,” wrote CBRE’s Australian research head Stephen McNabb.

This article appeared in the South China Morning Post print edition as Investors look to overseas property after stock crash.

Click here to see how Simply Mandarin can help you market to Chinese property investors.

Recent Posts
Recent News
Sign Up For Our Newsletter